Over 59.500 Catalan protesters have demonstrated today in over 131 locations to claim for Catalonia’s right to become an independent state, and defend fundamental rights in the face of increasingly authoritarian practices by Spain during and after the COVID19 pandemic.

This year’s 11th of September Catalan National Day demonstration has been held accordance with COVID19 health recommendations with great success, as the Catalan National Assembly has adapted the traditional massive demonstrations to the pandemic environment, in order to highlight the need to face the current crisis and defend fundamental rights, especially the right of freedom of assembly.

The mass demonstrations have been spread across 131 points in over 82 municipalities and have gathered over 59.500 participants. The chosen locations ware nodes of structural power of the Spanish state: employment offices, tax bureaus and social security services, but also central Banks and main train stations. In order to comply with health and security recommendations, the protests have had limited numbers and strict controlled access, which required previous registration.

The main event has taken place in Barcelona, in front of the headquarters of the Spanish tax agency in Catalonia, with the presence of the majority of civil society organizations, and representatives of the pro-independence political parties. Assemblea President Elisenda Paluzie highlighted the need to face this new crisis with self-governing tools: “As a society we face a colossal challenge. We must make economic and social rights compatible with fundamental rights such as the right to peaceful assembly. Today we have defended it, exercising it with all responsibility.”

Throughout the day, Catalans all over the world have celebrated the National Day. Assemblea’s foreign branches have held events in Dublin, Hamburg, Paris, Brussels, Nice & Amsterdam among others, in the framework of the Catalan Week, a series of events focused on fostering Catalonia’s pro-independence cause abroad. In the moment the country is currently facing, these events have also denounced Spain’s political repression against the people of Catalonia.

Assemblea’s foreign branches in countries like Mexico, Belgium, England, Luxembourg, the United States, Portugal and Germany among others have organized over 25 events spread over two weeks, from August 29th till September the 13th. 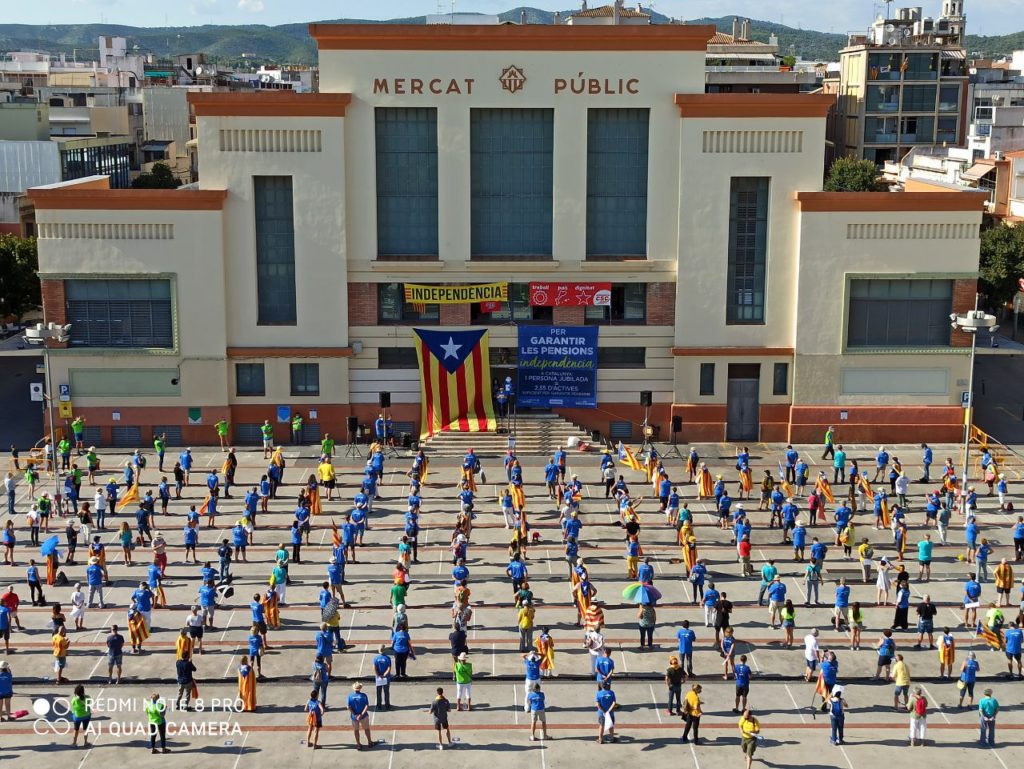