This year, Barcelona has again hosted a large-scale rally in favour of independence on the occasion of the Diada. The Plaça d’Espanya square and the adjacent streets have  filled with  crowds of people who have gathered this afternoon at the rally convened by the Assembly, which this year has had the motto Objective Independence.

The President of the Catalan National Assembly, Elisenda Paluzie, has stated that “independence will not be possible only with mobilizations, but if it is achieved, it will also be thanks to them”. In fact, she has called  to “acknowledge  the value of victories & learning from strengths, because strength is there”, she said, and has called for “an end to what we started together, because freedom will not be given away by anyone”. “It has to be conquered,” she said. “We will not back down” ·

Ms. Paluzie also referred to the forthcoming Supreme Court ruling, which she said seeks to “crush” the independence movement, and that’s why she has asked the pro-independence movement to endure this attack by standing up, not kneeling, so that not only will it hold on, but it’ll even be able to return the blow.

For the President of the Assembly, the reasons that led society to demand independence remain intact; in fact, it is more necessary than ever and depends on the citizens. That is why she gave the example of the 2009 Arenys de Munt consultations, and sent a message to those who say that there is no correlation of forces to make independence or who renounce the path to unilateral independence: “to do as was done in Arenys de Munt, to show that the citizens can change the correlation of forces, because the Spanish state ‘has feet of  clay’ and that by occupying  spheres of power it can be brought down.” 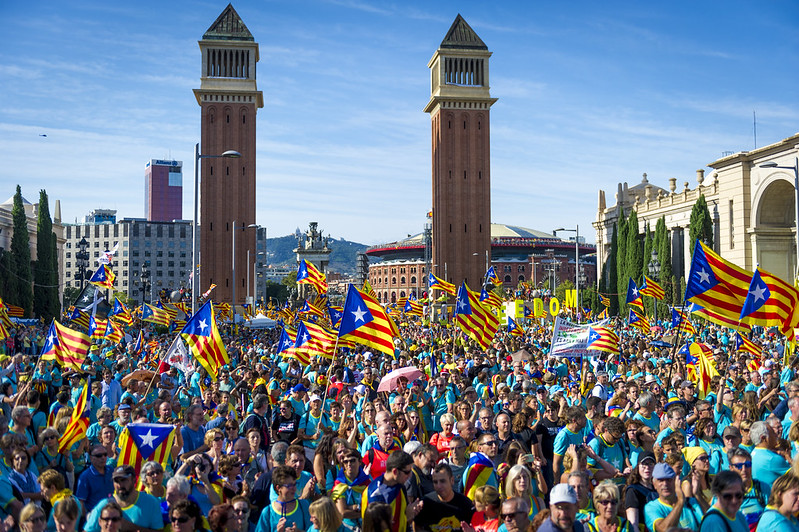