This year, the Diada was an odd one. With political prisoners and exiles, and thousands of other activists being prosecuted, Spain had chosen the repressive path instead of a peaceful referendum as in Scotland and Quebec. The referendum had been held, and notwithstanding the violent crackdown by the Spanish police, had seen a massive turnout. The result had widely favoured independence. As Spain has continued to deny Catalans the right to self-determination, the only way forward is the implementation of the Catalan republic. .

Thus, ‘Let’s build the Catalan republic!’ was the slogan this year. A ‘wall’ stills stands in our way though. A wall that needs to be taken down to attain liberty. A symbolic wall was built in Barcelona’s largest avenue, Avinguda Diagonal. According to Barcelona’s police, more than 1 million people gathered to shout and tear down the wall at the end of the demonstration. On the wall, different images reminded people of what stops us from achieving freedom: a hamster wheel for the belief that Spain will ever negotiate a referendum; a King of cards with a truncheon for the Spanish King who endorsed the police violence; and a ‘155’ that symbolised the taking away of the little autonomy we have and to commemorate the political prisoners, exiles and prosecuted Catalans.

The shout symbolized the force of the people to topple unjust regimes. The Catalan republic is there to achieve a better life, with full democratic rights, respect for minorities, an independent Justice and Rule of law. These rights were upheld by Assemblea President Elisenda Paluzie, who was accompanied by the human rights advocates Aamer Anwar and Ben Emmerson, who demanded Spain  respect the Catalan people’s vote of self-determination, to unconditionally start a dialogue and to free all political prisoners.

This year’s Diada had a markedly international nature. it wasn’t only held in Barcelona, but the National Catalan Assembly also organised demonstrations in other 40 cities worldwide, a massive success, never before  had there been that many locations celebrating the Diada simultaneously.

As every year, the huge and peaceful demonstration took place without incidents. The Catalan Republican and pro-independence movement is and remains a profoundly peaceful one. 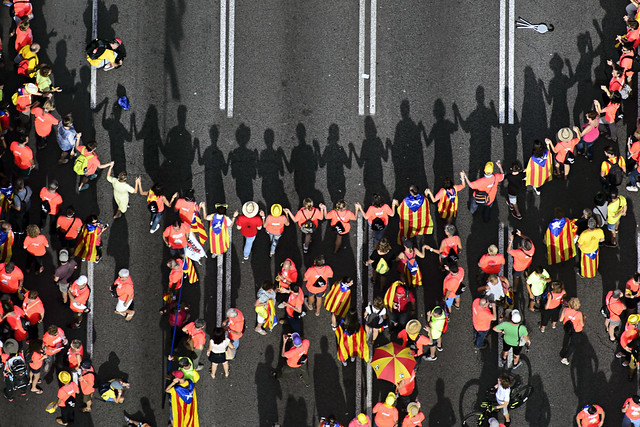 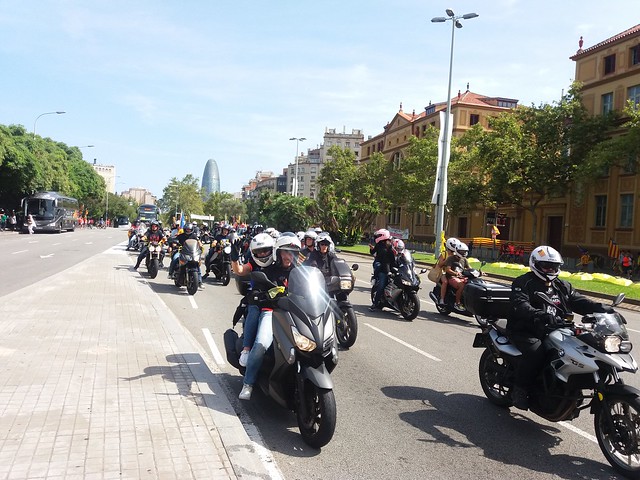