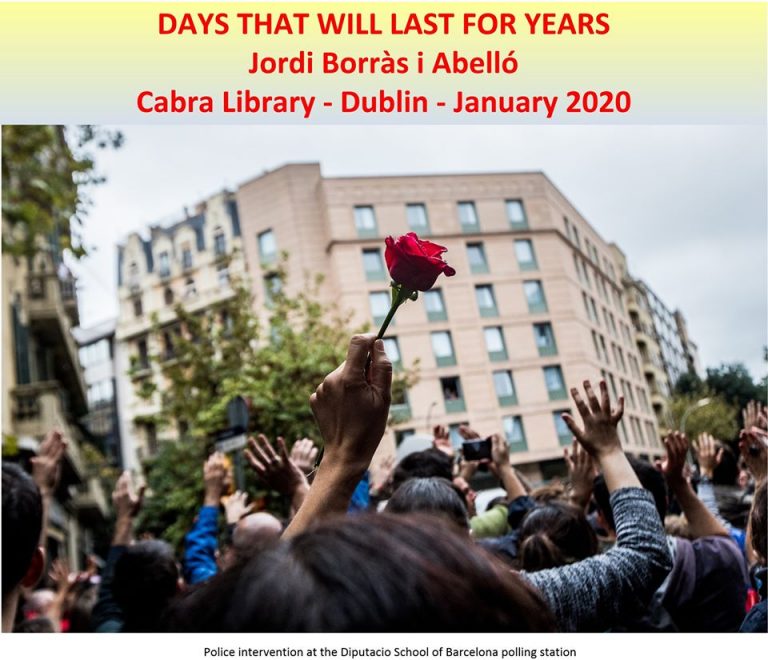 Photo Exhibition: Days that will last for years – Dublin

The events of 1st of October 2017 will be etched forever into the collective memory of several generations of Catalans.

The autumn of 2017 left us with many iconic images. The Days that Will Last for Years exhibition brings together a series of photographs that Jordi Borràs, one of Catalonia’s most dynamic photojournalists, has saved for posterity.

Jordi Borràs Gràcia (Barcelona), 1981.
Borràs has a degree in Illustration from Barcelona’s Massana School of Design, where he also discovered an interest in photography. Since then, he combines both disciplines professionally and has specialized in social issues in the field of photojournalism. He is a member of the Ramon Barnils Group of Journalists.

He has worked as an independent graphic reporter for various Catalan media including Nació Digital, La Directa, or El Temps, where he has also published several research pieces. He currently collaborates with El Crític, El Món and the Basque magazine Argia.