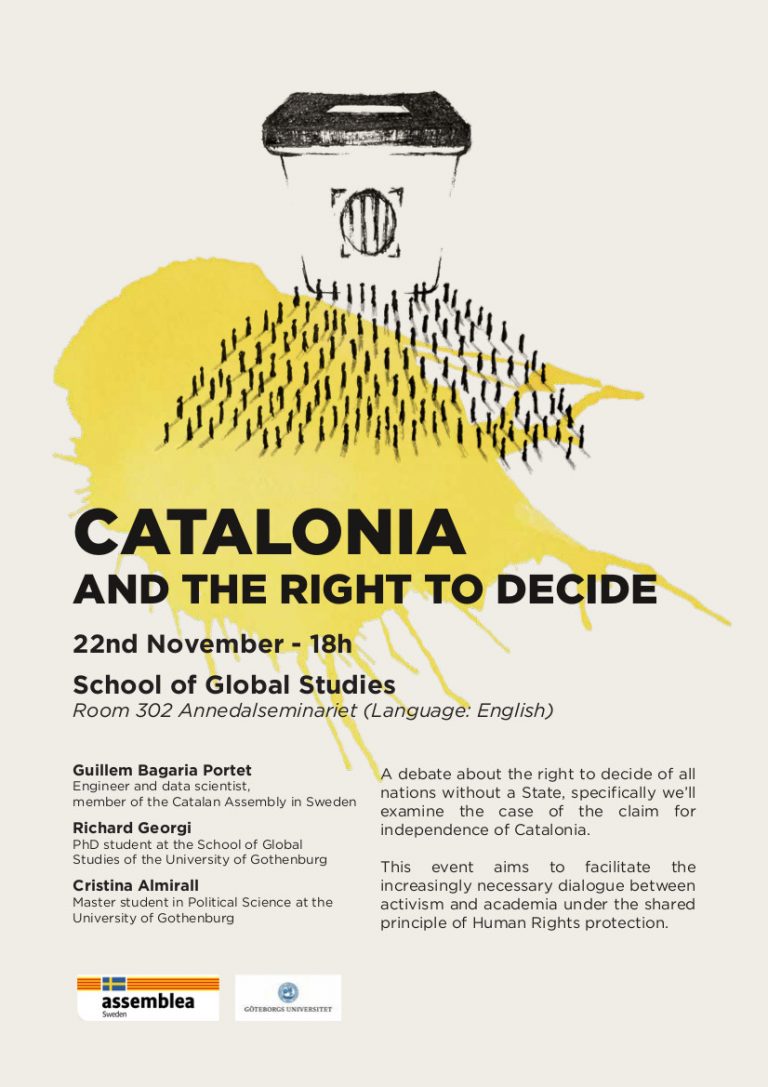 Catalonia and the Right to Decide – Göteborg

The goal of the event is to hold a debate on the so-called “right to decide” of all nations without a State and specifically, to examine the case of the claim for independence of Catalonia.

Catalans have shown an aspiration to become sovereign, as recognized in international law under the principle of “self-determination”. Nevertheless, this challenges the Spanish legal system. In practice, a democratic solution to the conflict in the form of a referendum seems distant and the only response from the Spanish government is the police and criminal prosecution against the independence movement. This repressive and punitive escalation by the Spanish State not only causes an increasingly intense reaction on the streets, but also involves the concern of the international community, or lack thereof, for violating political rights and basic freedoms.

This event aims to facilitate this increasingly necessary dialogue between activism and academia under the shared principle of Human Rights protection.