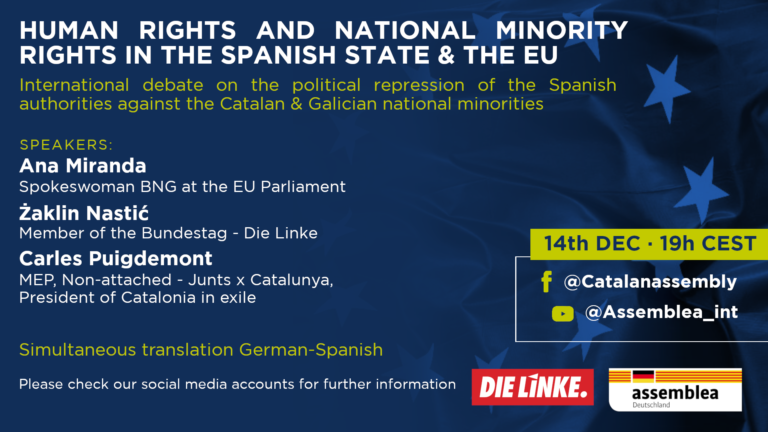 On Monday, 14th of December, ANC Deutschland and Die Linke are organizing an international debate on the political repression of the Spanish authorities against the Catalan and Galician national minorities, with the MEP Ana Miranda (Spokeswoman of the BNG at the EU Parliament),  the Member of the Bundestag Żaklin Nastić (Die Linke) and the MEP & President of Catalonia in exile Carles Puigdemont (non-attached).

The event will be in Spanish, with simultaneous translation from German