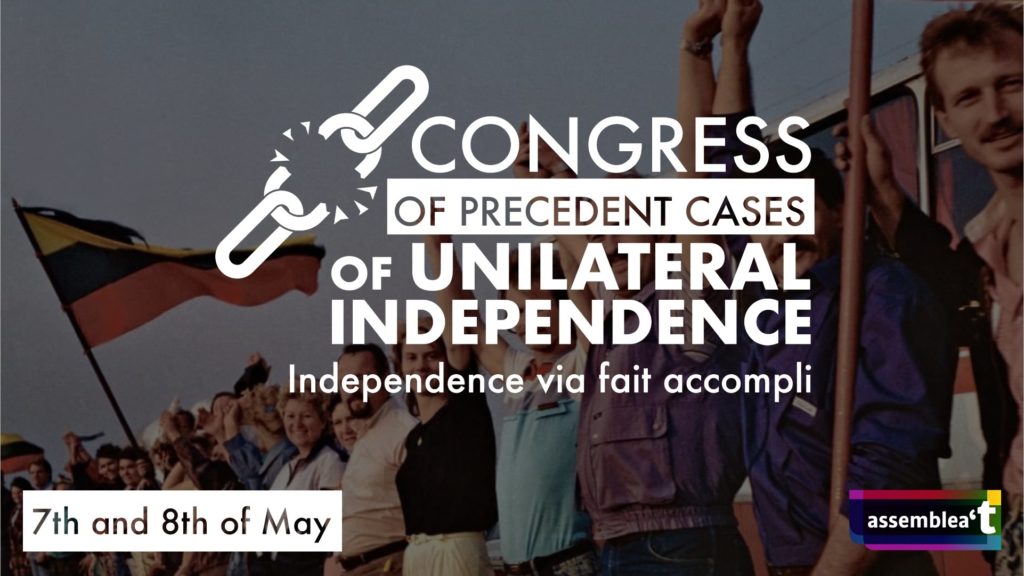 Throughout history, the most frequent method of achieving independence for aspiring states has been by means of faits accomplis or unilaterally. We can find examples in all kinds of contexts, more or less distant from the Catalan case.  At this time of disorientation for the Catalan pro-independence movement, in which the unilateral path is not the hegemonic option, and with intense media pressure and different lobby groups trying to impose the idea that unilateralism has no place in the Catalan context, and that it failed in October 2017, it is necessary to put unilateral independence back into the sphere of public debate and put forth arguments that reinforce it. Learning from the experiences of other states and their unilateral secession processes can help put the unilateral path back at the center of the debate and gain insights into how to achieve the independence of Catalonia.

That is why the Catalan National Assembly is organizing the “Congress of Precedent Cases of Unilateral Independence”, which will deal with the independence processes of the Baltic republics and Slovenia, since they are geographically and chronologically close to Catalonia—this year is the 30th anniversary of their independence, and for having been achieved in the face of much more demographically powerful states, and through democratic deluge and civil disobedience. To this end, these processes will be analyzed from points of view such as economics, defense and security, international relations, the constituent processes, or the strategies of civil disobedience, in order to draw learning that may be useful for the Catalan independence case.